Not only health, but coronavirus has also left a lasting impact on the world’s economy. The way we live, perform activities, have amusement, and conduct business is completely disrupted. This has resulted in massive ramifications on advertisement, marketing, and eCommerce. Similarly, other sectors like FMCGs, travel, and entertainment are equally impacted.

The economy is plunging down, and its taking jobs with it; thousands have lost their job during the coronavirus. If you are wondering how this stagnant economy can affect you, read the stats below to have some idea of the corporate landscape.

You will learn about the latest subscription figures, retail sales, social media consumption, ad spend, and a lot more. Let’s get started: 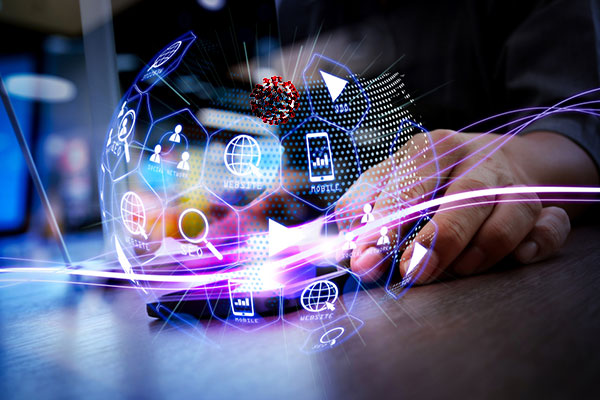 Due to coronavirus, China is expecting its ad spend to come down. The estimated ad spend was 6.9% before the virus. Now, it is expected to come down to 3.9%.

Though coronavirus is the biggest reason for this downfall, there are other factors too. One of those reasons is the slow retail sales. Interestingly, this figure of 3.9% is still higher than the ad send of 2019. The reason behind it is the increase in mobile users that has hiked the mobile ad spend by 17.6%.

Ad spend is also decreased in several other regions of Italy, Europe, and Germany. This decrease is expected for 2020 and 2021. Among these countries, Italy has faced the major hit because of the ban on gambling advertisements coupled with economic downfall due to the pandemic.

As per the recent study by Pattern 89, brands are not displaying human interaction at this crucial time where social distancing is mandatory. Clips like shaking hands, hanging out, and hugging are avoided by almost 1,100 brands globally. 27.4% decline is observed in such kind of images.

On the flip side, images and videos emphasizing hygiene, disinfecting, and cleaning have become abundant. Research shows that a 6% increase is observed in water splash images. Similarly, the display of gadgets is increased by 39% in all social ads. 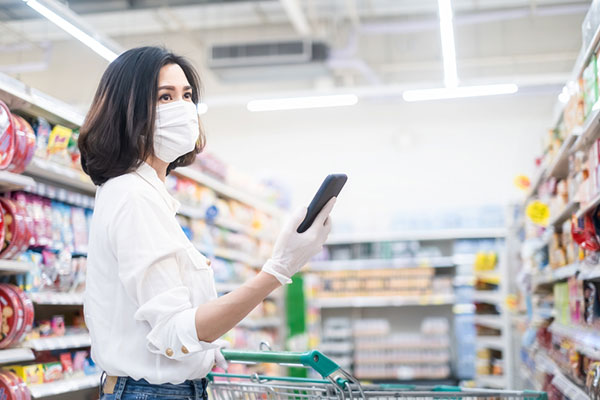 Coronavirus brought the biggest boom to the eCommerce industry. It is evident by the recent report of China and Italy that show an increase of eCommerce by 50% and 31%, respectively.

People are confined in their homes with the fear of catching the virus if they go outside. This has led the in-stores buyers to shift towards online shopping. Russia, India, and Vietnam also reported a rise in online sales by 27%, 55%, and 57%, respectively.

Surprisingly, UK respondents did not adopt this change, and only 18% of people have recently shifted to the online buying trend. However, the UK population was active in stockpiling due to the fear of supply shortage. The UK reported an 89% increase in the shopping of essential goods in comparison to other countries. Australia 86%, France 87%, China 46% and India 40%.

The corona pandemic caused a massive setback to the retail industry. It is expected that the retail sector will lose around 12.6 billion in the current year. A decline of 20.6% is forecasted in the niche of footwear and clothing. However, the grocery market is expected to experience a hike of 7.1%.

As per the report of Apptopia, grocery apps experienced the highest number of downloads in the United States. In comparison to February, the downloads were doubled in March. Walmart, which is a big name in the grocery niche, enjoyed the rush of the crowd.

During the mid of March 2020, grocery sales increased by 22% in comparison to the stats of March 2019. It has resulted in 467m more spendings on groceries. The increasing percentage is due to the hike in some specific categories like pet utilities.

Similarly, sales of home care items increased by 67%, while non-perishable goods increased by 60%, as reported by Neilsen. Additionally, frozen item sales were augmented by 30% as people are concerned about the availability of goods in the future. However, wine, spirit, and beer were slightly increased by 11%.

Medicine, which is yet another essential item, also saw an increase in sales during the past 4 months. During the mid of March, powdered milk and children medicine sales increased by 181% and 228%, respectively. Other hardware products like coaxial cable, laptops, and keyboards were also purchased with an increasing rate due to a boom in remote working.

As per the survey of Boston Consulting Group, the luxury brands will lose around $120 billion. On the other hand, the fashion industry will bear a loss of $600 in total. The loss can even multiply if the coronavirus is not contained in 2020.

Similarly, the luxury market in Europe is expected to face the loss of sales by 35%, while the United States will experience a decline of 30%. China is still having leverage with the least decline of just 25%. BCG is of the view that the global sales of luxurious goods will decline further in the second quarter of the year. However, if things become better, the global loss will be just 15% below in comparison to 2019.

The unemployment rate has increased to 62% as compared to 26% in 2019. Needless to say, the pandemic is leaving a stressful impact on the minds of people. The entire economic cycle has upended within a few months, and the future is still unpredictable.

This article sheds light on statistics that show the dire state of the global economy post-COVID-19. By the looks of it, we are heading towards an economic recession. Do you agree? Why or Why not?

We look forward to reading your opinion!

2020 has proven to be a year unlike any today’s generations have seen before. Businesses particularly have suffered at the hands of the COVID virus. From shutdowns to decreased sales, many companies have taken a hit on their profits this year. If you are seeking to grow your business amidst these challenging times, below are three helpful tips to consider. 1. Revamp Your Business Plan COVID has had an extreme impact on how consum…

The automation of e-commerce businesses has become much easier and more efficient in recent years. More and more online retailers are choosing to automate their activities and workflows, and for a good reason. Automation can positively affect multiple areas of your business, including marketing, sales, customer service, order fulfillment, inventory management, accounting, and much more. Let’s see how this works in more detail. Why i…

Impeccable user experience, ease of navigation, mobile-friendliness, modern functionality, fast page opening times, and overall visual appeal are a couple of the design “must-haves” for every successful eCommerce store. These principles are even twice as relevant if you’re planning on building a progressive web application for your store (PWAs are a real thing in 2020-2021, by the way). Let’s face it, having an outdated design, or n…