In June 2020 Google announced that it was no longer possible to rank for both the featured snippet and in the traditional organic positions.

Until this update, optimizing your content specifically to rank for the featured snippet was a no-brainer. Ranking for the featured and towards the top of organic results meant that you could completely dominate the top of a SERP and have two viable sources of traffic each time someone searched for that keyword.

Now that search engine marketers find themselves in an either/or dilemma when it comes to featured snippets, a lot of different factors need to be taken into consideration when deciding whether to chase the rich snippet.

Here is a breakdown of how the new rich snippet rules can impact your website’s search engine performance, and the points that you should consider when deciding whether to chase them.

Featured snippets and clicks – what the data says

Since featured snippets are a relatively new addition to Google’s SERPs, and the deduplication of pages that rank in both the featured snipped and in organic search is newer still, there is not a huge amount of data on how ranking for featured snippets affects the number of clicks that you receive from a searched query.

The evidence that does exist suggests that, on average, ranking for the featured snippet will land you 8.6% of clicks for a given search. This is roughly the same as ranking in position on position 4 in the standard organic listings and marginally more than a third of ranking in at the top of the organic results.

This is not a perfect comparison though, because if a query does pull up a featured snippet, then this reduces the number of clicks that the organic results get as a whole. The implied reduction in clicks in ranking for a featured snippet compared to in the top three in organic search in the above data is likely overblown.

A study of G2’s featured snippets since the deduplication update was made indicates that pages that kept the featured snippet but lost their organic position lost 2.41% of traffic on desktop and 2.17% on mobile. These are small but significant reductions.

When is it likely that a featured snippet would result in less traffic than an organic listing?

While rich snippets on average receive a lower click-through rate than the top three organic results, this varies from query to query. This means that the decision whether to optimize your website’s content for the snippet or not needs to be made on a page by page basis.

There are three points to consider when choosing whether to optimize for the featured snippet or not. They are:

How the query affects the click-through rate of featured snippets

Owning a featured snippet will see you lose the most amount of traffic if the query can be answered in just a few sentences.

In these instances, Google will present a satisfactory answer in the featured snippet alone, and the user will end their search at that point.

An example of such a search in a specific snippet would be asking the age of a famous person. To illustrate this, here is the featured snippet for the question: “When does McDonalds breakfast end in the USA”

A user is given their answer their and then, and will therefore unlikely click through.

However, for more complex and open-ended questions, the rich snippet can be seen as an opportunity for a longer and more enticing meta description that could, if optimised properly, lead to more clicks than the top organic positions.

Let’s take a look at the featured snippet for the complex question: “how does forex trading work”

As we can see, the content in the featured snippet is enough to indicate to a user that the page in page in question provides an adequate article to their query, but it hardly offers a thorough answer to it. A user is therefore likely to click through.

Viewing the content in a featured snippet as a meta description makes winning the snippet an enticing proposition, for certain queries at least.

Featured snippet: Forex trading works like any other exchange where you are buying one asset using a currency. In the case of forex, the market price tells a trader how much of one currency is required to purchase another…although leverage products can magnify your profits, they can also magnify losses if the market moves against you”

Organic position #1: Unlike the spot market, the forwards and futures markets do not trade actual currencies. Instead they deal in contracts that represent claims to a …

Organic position #2: How does forex trading work? In the forex market, you buy or sell currencies. Placing a trade in the foreign exchange market is simple. The mechanics of a trade…

If a user is looking to learn about the ins and outs of forex trading, the first meta description undoubtedly offers the best introduction to what they are looking for.

It’s also worth noting that if you own the featured snippet already you can tweak your content to display different information in the snippet. It’s worth testing out how these variations affect click-through rates, just like you would with meta-descriptions.

Your current position and the decision to optimize for rich snippets

In the analysis of G2’s loss of traffic when rich snippets were deduplicated from organic results, the majority of these losses came from results where the pages in question held both the rich snippet and the number one spot in organic.

Losing your number one spot in organic through deduplication is a common problem given that around a third of rich snippets are pulled from the highest-ranked result in Google.

There is an element of stickiness to the rich snippet, meaning that if you start to rank for it, it can be hard to move back to the organic result. Therefore if you hold anywhere from position 1-3 in organic, and you do not hold the rich snippet, you might want to consider not optimising for it.

Bearing in mind that the average click-through rate for rich snippet results is 8.6%, you should compare this figure to your current click-through rate in Google Search Console before making any changes that might affect the snippet.

A consideration of the type of query, and the quality of meta-description available in the snippet, as discussed above, should also be considered.

Although the featured snippet may result in fewer clicks, it can be superb for brand awareness, setting out your company as the authority on a specific question.

For non-commercial posts where your aim is predominantly to establish expertise and authority, the featured snippet can still be your ideal search engine position even if it ultimately leads to fewer clicks.

These types of low commercial intent queries tend to be the ones that Google offers featured snippets in response to, so often the visibility that these featured snippets offer you can be worth more than the value of the additional clicks.

For higher commercial pages, where clicks and conversions directly lead to revenues, maximising clicks will always be your priority.

Although featured snippets can result in a small amount of lost traffic, it’s rare that they would be a negative for your overall web presence.

Owning featured snippets has a boatload of benefits for your overall branding presence, and if your “snippet meta description” is set up correctly, your loss in traffic should be minimal.

The type of pages where any lossed traffic is a problem, product and service pages, for example, do not regularly show up for featured snippets. For more informational pages, owning the snippet is a sign that your page perfectly matches user intent for a given query.

It should therefore, still be aimed for. 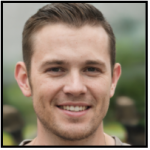 Oli Graham is the Marketing Manager for RightlyWritten, a copywriting agency that works with companies that are ambitious about improving their online presence.

It’s a question that was born with the advent of the internet – how do people find my website? – but the detail of the answer changes as algorithms do. Part of the answer lies in keywords. The cornerstone of web content, knowing your keywords is essential for improving website visibility. But how do you know what they are? Identifying high volume appropriate keywords should be a step you take before you start writing webpage content…

Backlinks are a vital part of SEO as they signal to search engines that your site is a quality source of content. There are multiple ways to build links including guest blogging, creating citations, press releases and niche edits among others. A lot of businesses struggle with acquiring quality links and SEO in general. As a result, some choose to outsource the process to link building service providers. If this sounds like you, …

Augmented reality, virtual reality, and extended reality are definitely the most popular technologies right now. It is widely believed that they will pave the way into the future much like how smartphones revolutionized everything in the past. Today, we are going to share with you what we can all expect in the future of both techs and marketing in 2021, from how they can be used in improving your current lead distribution platform to b…

foobar
WP Tumblr Auto Publish Powered By : XYZScripts.com
Do NOT follow this link or you will be banned from the site!